Pakistan is the Islamic Republic. It is a sovereign country in South Asia because of its rich cultures, people and landscapes attracted one million tourists in 2011. Harappa, Mohenjo-daro, Taxila are very famous for tourism . The  north side of Pakistan has many old fortresses, ancient  architecture like Hunza , Murree , Swat and Chitral valley.

Image Credits:world-insights
Concordia is the most beautiful and scenic place in the Earth. Concordia is in the heart of the Karakoram , located in Baltistan region of Pakistan. Concordia is to be considered the best place for mountain hikers . Concordia also offers short hikes to many important base camps, as K2 ( 3 hours ) , Broad Peak ( 2 hours ) the Gasherbrums ( 3 hours ). 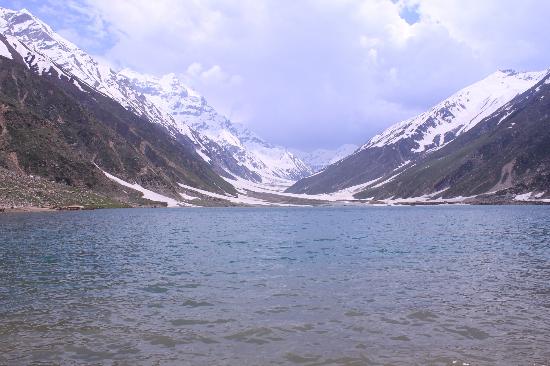 This photo of Saif-ul-Muluk Lake is courtesy of TripAdvisor

Lake saif ul malook is an alone lake and located at the end of the northern side of the Kaghan Valley, near the town of Naran. People who visit this magical place called the Saif ul malook as “Heaven on Earth”.

Visitors can reach this place through Jeeps, cars  in summer season , but in winters due to intense snow falls , this place can only be reached through 3 to 4 hours of trekking. This photo of Serena Hunza Baltit Inn is courtesy of TripAdvisor

Attabad Lake was formed by a landslide in January 2010 . Attabad lake also known as Hunza Lake and located in the Hunza Valley in the region of Pakistan. It is one of the biggest artificially created lake in the Pakistan.

Image Credits:pakistanpaedia
Swat Valley is one of the most beautiful and picturesque Valley in the region of Pakistan. Most of the visitors get the first taste of its culture in Mingora , Mingora is located in the bank of Swat River. In Pakistan Sawat Valley is nicknamed as Switzerland of Pakistan. Sawat one of the most popular tourist place in Pakistan among the local tourists.

This photo of Pir Sohawa is courtesy of TripAdvisor

Pir sohawa is very famous destination among the residents of Islamabad and the foreign visitors. Pir sohawa has a number of restaurants , where visitors can enjoy the food and the view as well.  This place will have scenic view of the jungles and trees on Margalla Hills.

This photo of Rani Kot Fort is courtesy of TripAdvisor

Rani kot fort is the world’s largest fort with a circumference of approximately 26 Km. It is a historical fort which is located in Sindh the province of Pakistan. Rani kot fort is also known as the “  The Great Wall Of Sindh “.

This photo of Gorakh Hill Station is courtesy of TripAdvisor

This photo of Lahore Fort-Shahi Qila is courtesy of TripAdvisor

Lahore Fort is also known as Shahi Qila , it is located in the historical city of Lahore. The fort was built during the reign of Mughal Empire Akbar in 1605. The fort is connected with the Badshahi Mosque through Alamgiri Gate.

Image Credits:pakvisit
Mohenjo daro means Mound of the Dead. This site was discovered in 1922 and situated around 30 km from the city of Larkana . It is sure that Mohenjo daro was constructed back in 2600 BC and one of the major urban sites in that period .
Feature Image Credits:world-insights