The landlocked country of Uganda is located in East Africa and is bordered by Kenya, Sudan, the Democratic Republic of Congo, Tanzania and Rwanda. The country is famous throughout the world because of the presence of the gigantic Lake Victoria in its Southern region. Winston Churchill famously labeled Uganda as the ‘Pearl of Africa’.

The Kidepo Valley National Park is located in North east Uganda. The park was opened in 1958 and is managed by the Ugandan Wildlife Authority. The nearest town to the park is that of Moroto at a distance of about two hundred and twenty kilometers. The park also borders the country of South Sudan. Two major rivers; the Kidepo River and the Narus River both flow through the park. Game viewing is one of the most popular attractions for tourists in this park.

The Queen Elizabeth National Park spread over an area of 1,978 square kilometers is Uganda’s most visited National Park. The park is located in Uganda’s Western side; the gigantic park covers Kasese, Kamwenge, Bushenyi and Rukungiri Districts of Uganda. The park is at a distance of around three hundred and seventy kilometers from the capital city of Kampala. The park was opened to tourists in 1954 and has been named after Queen Elizabeth II. The park is home to 95 different species of mammal and more than 500 species of birds. The park is managed by the Ugandan Wildlife Authority. A tour to this amazing wildlife park is must.

The Kasubi Tombs are the burial site of the four Kings of Buganda (The Kings of the Kingdom of Buganda). The site located in Kampala is also a UNESCO World Heritage Site. In 2010 many of the building were destroyed by a fire; however the Government is committed to restoring the tombs as soon as possible for tourists; as the place was an impotent tourism destination.

Kampala is Uganda’s largest city and the country’s capital. People here are very friendly and it is very peaceful city; you’ll get to see tourists walking around in the city even in the early hours of the day. Some of the places that you must tour while in the city are The Uganda Museum, the Nommo Art Gallery, the National Theatre, The Rubaga and Namirembe Cathedrals, The Gaddafi National Mosque, the Wamala Tombs, the Bahai Temple and the building of the Parliament of Uganda. Owino market and Nakasero markets are two of the main markets of the city; both of which are always bustling with tourists.

A popular tourism spot of Uganda; the Lake Mburo National Park is located in the Western side of the country in Kiruhura District. The park is at a distance of just thirty kilometers from the city of Mbarara. The Park has more than three hundred species of birds and has a huge variety of animals such as the Impala, Zebra’s and Wild Buffaloes. There are many luxury tented camps inside the park for tourists who tour the park. 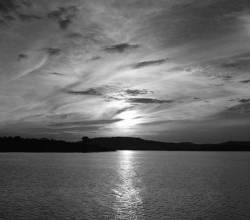 Lake Victoria is Africa’s largest lake in Africa by area and the world’s largest tropical lake with an area of close to seventy thousand square kilometers. It is also the second largest fresh water lake in the world besides North America’s Lake Superior. The lake falls in the territory of three countries with nearly forty-five percent of its area under the control of Uganda. The lake is a tourist magnet and one of the top 10 best tourist places in Uganda.

The Rwenzori Mountains National Park, a UNESCO World Heritage Site is situated in the Rwenzori Mountains in southwest Uganda. The park is famous for its amazing plant life; it is dotted with waterfalls, many small lakes and glaciers. Eco-tourism is rapidly increasing in the park.

The Murchison Falls National Park also known as the Kabarega National Park is located in north-western Uganda. The park is well known for its amazing wildlife despite being ravaged by poachers. The park is home to four of the big five’s; Buffalos, Elephants, Lions and Leopards. The park was also home to Rhinos but they became extinct due to poaching and hunting during the sixties and the seventies. However Rhinos are again being bred to be introduced in the park. Other animals that are present in the park include Hippopotamus, Giraffes, Antelopes, Uganda Kob, Hartebeest and Oribi.

The Bwindi Impenetrable National Park, a UNESCO World Heritage Site and one of the top 10 best tourist places in Uganda is located in south-western Uganda. The park is one of the richest ecosystems anywhere in the world with many different species of birds and mammals. At present there are 120 different species of mammals, around 350 species of birds, more than 200 different species of butterflies and many more endangered species. The park is also home to the Colobus Monkeys, the Bwindi Gorillas and Chimpanzees. The park lies in a remote area and travelling to the area is hard task because of the poor condition of the roads. Despite this thousands of tourists visit the park annually that being because of the unique Gorilla tracking facility provided by the park.