Situated in the Asian continent, Saudi Arabia is the country known for its beautiful valleys, striking mountains and the Red Sea beaches. The thirteen provinces of this country have some amazingly good places to visit at least once in a lifetime because where there is desert, there is an oasis too. With free public health and school services, Kingdom of Saudi Arabia is an Islamic country where visas are issued to the business owners, relatives, and friends of Saudi people, Muslim pilgrims and the transit to the third country. Although foreign tourists might face some music while getting to the country of sacred lands but if relatives and friends can assist in sponsoring then it can be of the really good. Though Saudi Arabia is it has a wide range of world-class hotels for foreigners as well as basic accommodations for the local people who wish to make savings rather spending on five-star lodging houses. Saudi Arabia has its Saudi Airlines that has really nice service which is also taken fancy by many of the travelers and visitors. 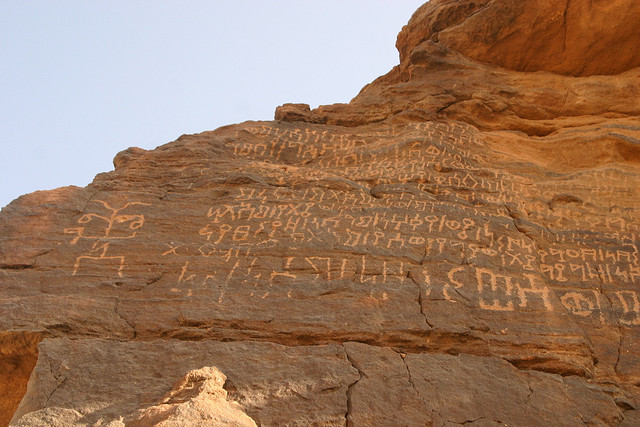 Rock Carving Sites are the amazing historical places in the Saudi Arabia. These two places Jubbah and Shuwaymus are known for the rocky archaeological site with many carvings that fascinate everyone who visits this place. The things carved on these stones and rocks depict how people used to spend their lives in the early times. All the evidences that are found at these sites, raises the curiosity that beguiles most of the tourists to visit Saudi Arabia. It gives many traces how human population inhabited the land in the ancient times. This is in fact a good and interesting place for many people who have love for history and archaeology.

The water blob is the most entertaining thing to do when it comes to Albatoul Marine in Saudi Arabia. With the up thrust of water, you get to fly up high in the air due to high pressure while the surrounding looks extremely beautiful. It’s all about finding the balance and then you get to enjoy all the jumps and or flyboardings. Albatoul Marine is a nice place to visit with blue water and beautiful panorama.

Dumat ul Jandal is another interesting place in the province Al Jawf, almost 37 km away from that has a beautiful Mard building just like a castle which is called as Fort giant. The name Dumat ul Jundal is derived from the phrase “Dumah of Stone” because it was the place occupied by the renowned people in the ancient times. However the fort is built at the height of 2000ft on the territory of Saudi Arabia. Though this place is dry looking with mud and brick made walls and buildings, it has a great history for the interested archaeologists who can search for different secrets embedded in its dwellings. The architectural aspects attract many tourists from different parts of the world toward Saudi Arabia. 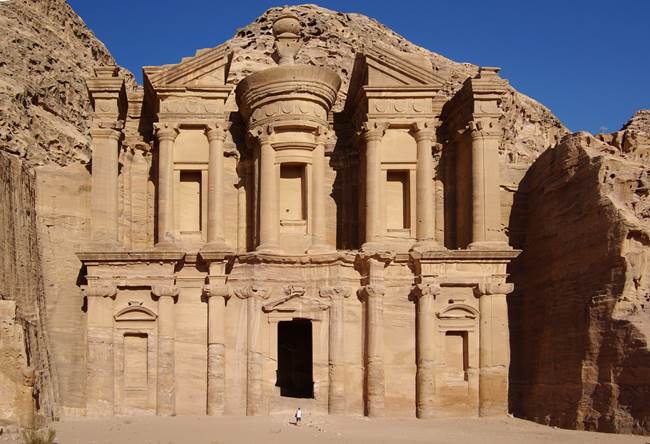 Having keen interest in archaeological studies? Looking for a place where you can learn about great historical aspects and civilizations? Well, here is the right suggestion for you. Yes, Medain Saleh is one of the part and parcel archaeological sites in Saudi Arabia and has royal monument with good description. History tells that this place used to have fresh water and it attracted many settlers who later started carving, remodeling, and drilling the wells at this rocky place. It is 300 km away from Jeddah and has great rocky carvings that look highly fascinating because it is extremely dry out there and that the infrastructure hasn’t yet changed.

Kings fountain is one of the best places in Saudi Arabia and it is extremely fascinating because it is the world’s tallest fountain in city of Jeddah. The jet propels water to the height of 853 meters.  Located at the red sea, the beautiful fountain is one of the attractive places which are visible from most of the places within the city. The good thing about this fountain is that it doesn’t use fresh water but the salty sea water as a part of conservation. It gives a view of calmness and serenity during the night time when it lightens up and is seen to have different beautiful colors that enhance its beauty. The night illumination looks like as if the angels coming down on earth. It really gives a perfect view to its viewers.

Al Tayebat International city, situated in the city Jeddah, is the hub of attraction in Saudi Arabia for many foreigners, who are fascinated by its architecture and crafts. It is basically a museum where attractive items are displayed that depicts the past culture of Saudi Arabia. With 300 rooms in 12 different buildings, this museum made up of limestone and coral blocks, was the Palace of a king Sheikh Abdul Rauf Khalil who was a very wealthy merchant. There are beautiful manuscripts, books and equipment in beautiful showcases.  This museum speaks itself of the knowledge and learning facilities with the help of portraits, pictures, monuments and explanations. 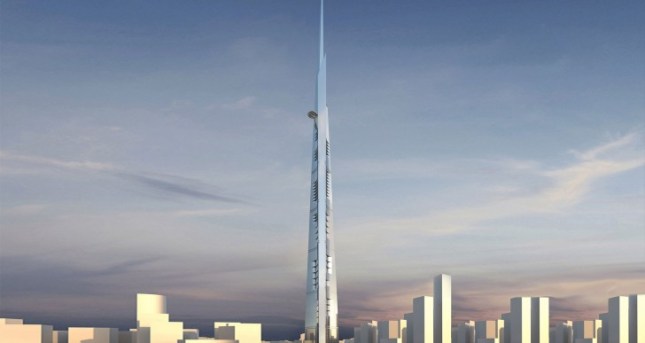 The world’s tallest building fascinates many of the visitors from all around the world. Being a superb slender and tallest building, known as Kingdom Tower in Jeddah, Saudi Arabia, Kingdom tower is the building for which the architects have decided to make it taller by just one kilometer more, so that it makes the world record. This amazing 3280ft tall building is a beautiful skyscraper that talks to the sky, would include some hotels and office space in the near future. The building is designed very carefully, keeping in mind the wind loads and capacity. It also has a beautiful circular sky terrace with a glass floor from where one can easily see the red sea.

Established in 1920, this amazing Royal Air Force Museum is the center of attraction for many of the visitors and travelers who wish to know more about the air force, crafts, historical facts and figures, and space of Saudi Arabia. Located in Riyadh, this inspiring museum is open every day except for Mondays and it has an outdoor static park as well as a remarkable indoor museum. There are many aircraft of interest on display in a modern and very attractive glass building. You get to know all the history of Saudi Aviation and climb into the helicopter cabin for a better familiarity. With the state of art weapon technology and aircraft display, the museum offers this amazing place to see that has international standards.

Accommodation: List of best hotels in Riyadh  Get Prices

Al Masjid Al Nabawi is another beautiful mosque established in the city of Medina - Saudi Arabia, built by the Holy Prophet Mohammad (P.B.U.H) and currently in hold of Saudi government. With a beautiful green dome structure, this mosque is open for various services including learning and worshiping throughout the year. The enclosure of the mosque has been increased by hundred times and has beautiful shaded umbrellas along with the astonishing architecture of pillars and arcs. For Muslims it is one of the best places to be and worship their God. It has a very large capacity for the worshipers and the original mosque structure built by the prophet is still found existing as the hallmark of beautiful history.

Accommodation: List of best hotels in Medina  Get Prices 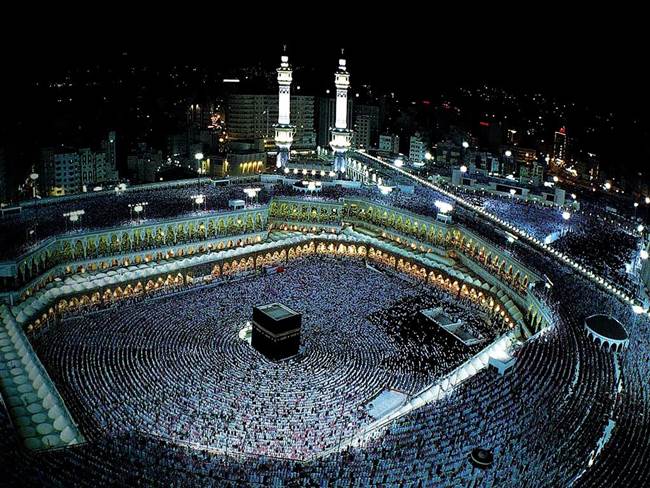 Located in the city of Mecca, this beautiful Masjid Al Haram, also called as the House of God, is one of the most sacred places in the world. Being the largest mosque in the world, this holy mosque also known as Kaaba is the magnificent place in Saudi Arabia where Muslims come from all around the world for pilgrimage. Covering the area of 88.2 acres this holy land has the capacity for around four million pilgrims and every year Pilgrims gather in very large number to perform Hajj. Kaaba has a cuboid shaped structure with simple and remarkably modest architecture. For its beautiful praying area and Islamic historical aspects, it is the center of great affiliation for Muslims who live peacefully and spend their time worshiping. At 20m from Kaaba, a very fascinating well of Zamzam water is located which started in circa, 2150 BCE and is still produces water which is also considered sacred.

Accommodation: List of best hotels in Mecca   Get Prices

9 Comments to Top 10 most amazing places in Saudi Arabia